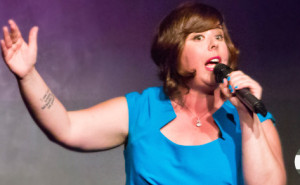 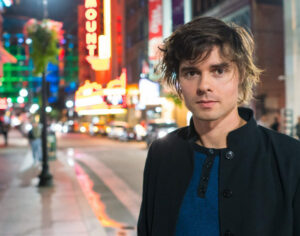 The Boston Globe says: “Between his piano chops and heartfelt originals on guitar, he drops jaws.”

He’s been a star performer at Manhattan’s famous Brandy’s Piano Bar, with lines waiting outside the door each Saturday night. Not bad for a boy who grew up on a goat farm in rural NY State, 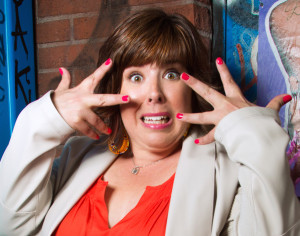 She’s a hysterical stand-up known in all the comedy clubs for her brilliant freestyle rap. Carolyn has appeared on VH1, MTV2, Comedy Central, Lifetime, NBC. She is host and creator of the  live talk show,Right Now! WITH CAROLYN CASTIGLIA and was featured nightly as “Ultimate Sports Mom” on Nickelodeon’s NickMom channel.

“Carolyn Castiglia is one of the sharpest, quickest, and funniest comics in NYC.” – Hy Bender of Hy Reviews 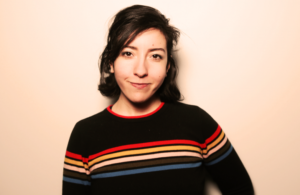 Dina Hashem has appeared on Conan and Comedy Central’s Roast Battle and Clusterfest. She’s also been on Starz series Night Train with Wyatt Cenac and Danny’s House on Viceland. Dina’s subdued delivery with dark observations about her life and Islamic upbringing is bringing crowds to their feet as she tours clubs all over NYC and beyond.

She’s played the Melbourne Comedy Festival, and the Beacon Theater in NYC. In her first foray into standup comedy in 2010 she won first place in the NJ Comedy Festival. She hasn’t looked back since. 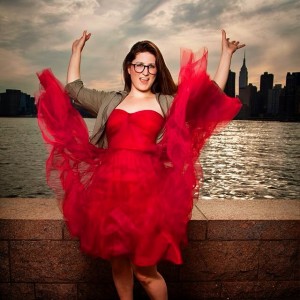 Kat Burdick has appeared on the Moth Radio Hour and hosts the funny stand up comedy showcase, Let’s Say You’re Right. She’s appeared on 30 Rock, won $100,000 on Who Wants to Be a Millionaire and recently had a baby and a heart attack – simultaneously.

She’s a military brat, a Trekkie, and a mom. But most of all, she’s a smart funny lady. 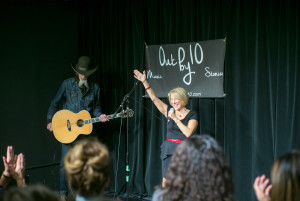 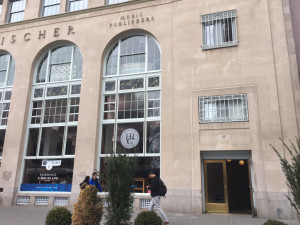 You’ll love our venue: Noho Sound. It combines the excellent acoustics with the intimacy you know and love about Out by 10.